Islamic law aims to preserve the six indispensable necessities (i.e., religion, life, mind, progeny, wealth, and character) that a human being’s bliss or a good life upon earth cannot be achieved except with their preservation.

Islam has legislated laws that aim to preserve each of these six necessities. What concerns us here for our discussion regarding the wisdom of Islam behind its specific legislation’s pertaining to women are the effects of these specific legislations upon preserving these six necessities and in particular the purity of one’s progeny and the correctness of his lineage to one’s parents thereby preserving the circle of relatives and the circle of the wombs. It is this lineage that distinguishes human beings on earth from all other animals.

The preservation of the purity of one’s progeny and the correctness of lineage to one’s parents is among those six indispensable necessities regarding which there is no bliss for humanity nor will humanity continue to exist without its preservation.

In order to preserve one’s lineage to his parents: 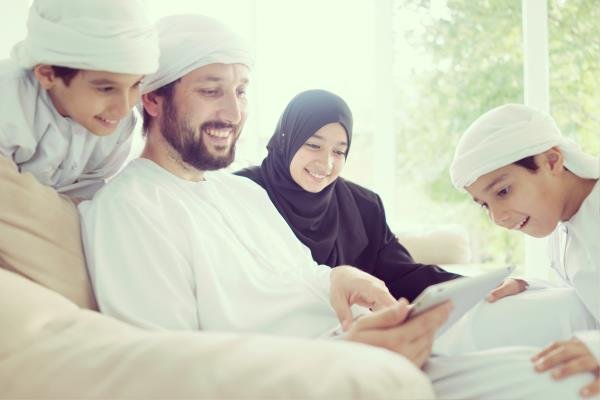 1. Islam forbade that a man under any circumstance marry his mother, daughter, sister, aunt (paternal or maternal), niece (from his brother or sister), wife’s mother, his wife’s daughter (if he had sexual relations with her mother) and the equivalents to these women to whom he is related by breast feeding, as Islam’s messenger has said:
“What is unlawful by reason of lineage is forbidden by reason of fosterage.”

The aim in forbidding marriage with these women is to preserve one’s lineage and the circle of wombs; and to allow men to become accustomed to a circle of women around him toward whom he feels no sexual desire, physical pleasure or possessiveness but rather toward whom he has feelings of love, mercy and respect. Hence the feeling a man has toward these women must be different than the feelings he has toward a woman whom he can marry and have sex.

Accordingly, Islam forbade a woman under any circumstance to marry her father, son, brother, uncle (paternal or maternal), nephew (from her brother or sister), her husband’s father or son, and likewise the equivalents to these men to whom she is bound by breast feeding. This is so that a woman may feel toward these men feelings of closeness and love that are free of any sexual desire. 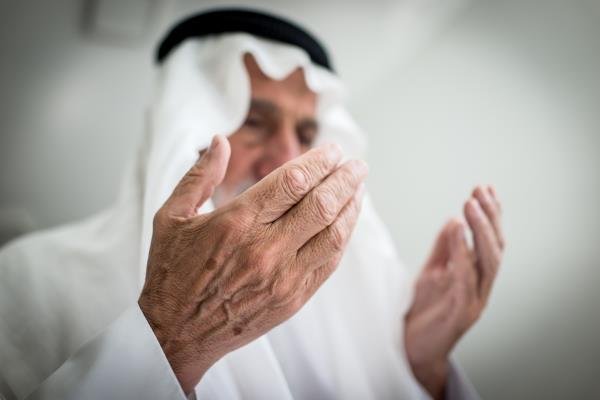 2. In order to preserve the lineage and make the circle of the womb pure and clean, Islam ordered that marriage be announced, certified, and witnessed so that it may be distinguished from illicit sexual relations. To preserve the honor of women, Islam required of her guardian to pursue the marriage contract for his charge (i.e., daughter, sister, etc.). Hence she does not negotiate with a man for herself like a woman engaging in adultery or fornication. In order to preserve a woman’s dignity and guard her modesty and softness, her closest male relative settles the marriage contract for her.

3. Since illicit sexual intercourse is the plague that destroys the pure progeny and correct lineage, pure and good Islam (which is the law of Allah Who is All-Wise, Worthy of all praise) has by all means firmly closed and barred all doors leading to this plague. Islam cured this problem, before its occurrence; and has cured it after its occurrence (when it occurs) rooted it out and terminated all its effects on society. This is because the sexual instinct and natural inclination of men and women toward one another is among the strongest instincts if not the strongest. Both men and women are weak before this instinct and this desire.

Without doubt that to fall into this plague and its spread means the destruction of the greatest ingredient for human bliss upon earth and that is purity of progeny and correct lineage. This will lead to destruction of the womb and the end of mercy. For with the spread of illicit sex there is a spread of illegitimate children. When there are many illegitimate children: the family comes to an end; the fabric of society is ripped apart; bonds of love are ended between society’s members; selfishness and narcissism becomes wide spread; and hatred and dislike is spread between people. The only feelings that remain are those of possessiveness, power, pleasure, pure self-interest, living for the moment and distancing of oneself from shouldering the responsibilities of marriage and raising children. This is a warning of the impending destruction, collapse, and loss of mercy, happiness and compassion.

4. In order to keep the progeny clean, the pure and good Islamic law ordered men and women to lower one’s glance from one another and commanded that women cover and hide their beauty from all men who are permitted to marry her. 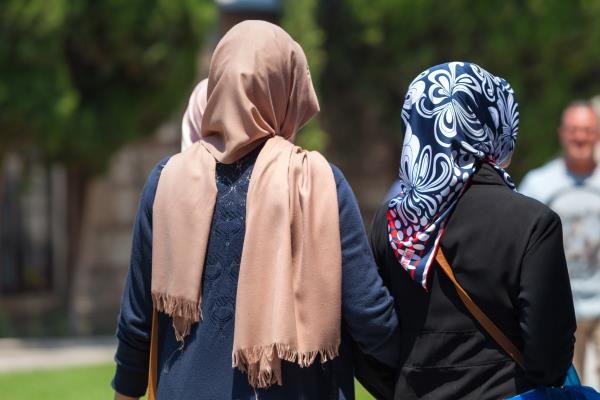 5. This Islamic law forbade a woman to travel alone without a guardian[3]. It forbade that anyone enter her household while her husband or guardians are not present or for men (with the exception of her husband or guardian) to remain in private with them. The intent behind all these regulations is to preserve honor, to keep away from the areas of temptation and doubt, and to preserve trust and peace of mind regarding chastity and uprightness.

6. Without doubt, that the Islamic regulations regarding chastity (such as the women’s dress code and others) were never a barrier for women to reach the highest degree of perfection possible for her in terms in all its branches of knowledge, virtue and righteousness. Indeed the women’s dress code is among the greatest means that free men and women to reach their aims, as they are not preoccupied with the other sex all the time. Practice shows that those students who are in single sex universities are more apt to learn than those in coeducational institutions.

My brothers and sisters everywhere! 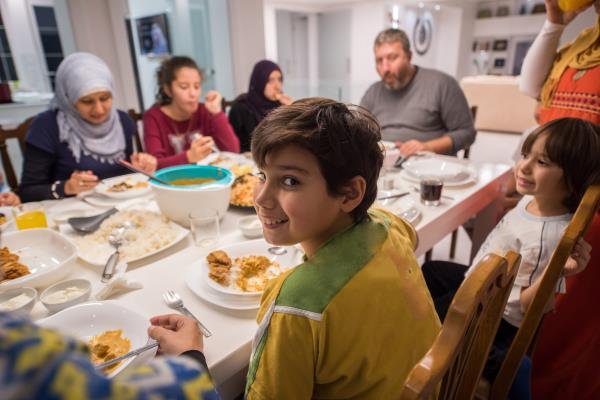 These regulations that Islam has legislated to preserve character and to guard the purity of offspring and correctness of lineage are opposed by those who follow their desires and are short sighted, those who want to live for their desires and their self-interests even if this results in every evil and sin. The attack of these perverts on Islamic laws that govern chastity and the preservation of lineage was not as they claim out of their desire to protect women, her rights or to show justice to her. Rather their aim was to take women while still in their youth out of their homes so that she can be within their reach whenever and wherever they want, to deceive married women not to preserve the rights of her husband or guard her lineage, and to make a woman in every stage of her life a plaything and an object of pleasure for men that he may fulfill his sexual desire in every way and at the same time leave her to deal with what is in her womb, while he is free to have many as girlfriends and passing lovers.

In the end, women are left after pregnancy to shoulder all the responsibilities.

Either she will commit the crime of murdering her child prior to giving birth or after; or either she will give up her child to a foster home where it will raised far away from any family as animals are raised in shelters; or either she will throw her baby away in the trash. If there remains anything of her maternal instincts, she will try to find some means to take care of this child. She might look for another man to replace the first who after fulfilling his desires left her.

This painful reality is what has resulted in the sinful, amoral societies wherein men claim that they want to preserve women’s rights and give her equality with men. This reality is the greatest proof that their claim that they seek equality is only a lie and a means of deception.

Women were the sacrificial ram for this call to “equality.” For her to seek a livelihood has become a necessity of life and it is against her nature and constitution.

A man is able to have sex with a thousand women and will never carry anything in his belly, and still will be able to have sex with a thousand more. While a woman might become pregnant during her first sexual experience with any passing man who seeks only gratification. She alone is held responsible for all the rest. She will either kill what lies in her belly or she will be responsible for all the maintenance and what follows.

Where then is the equality? 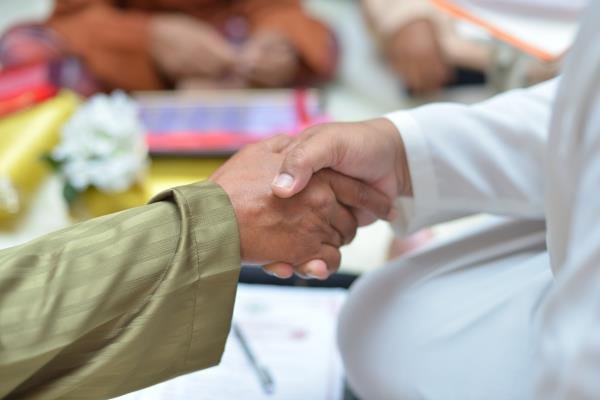 n these societies, the un-Islamic ignorant contracts of marriage are no longer a guarantee for women. For if a man can find a woman whom he can enjoy without these guarantees and responsibilities, why should he turn to marriage with its restrictions and consequences? Moreover, since in these societies women have been made equal to men in the right to terminate marriage, these contracts do not remain but for the briefest period of time, sometimes not lasting more than a few hours. Again, where is the equality?

[1] Allah says:
“Forbidden to you are your mothers and daughters, your sisters, your aunts, paternal and maternal, your brother’s daughters, your sister’s daughters, your mothers who have given suck to you, your suckling sisters, your wives’ mothers, your stepdaughters who are in your care being born of your wives you have been in to—but if you have not yet been in to them it is no fault in you—and the spouses of your sons who are of your loins, and that you should take to you two sisters together, unless it be a thing of the past; Allah is All-forgiving, All-compassionate; and wedded women, save what your own right hands own. So Allah prescribes to you. Lawful for you, beyond all that, is that you may seek, using your wealth, in wedlock and not in licence.” [The Quran, Surah An-Nisa’, 4: 23-24]
[2] Allah says:
“Say to the believers, that they cast down their eyes and guard their private parts; that is purer for them. Allah is aware of the things they work. And say to the believing women, that they cast down their eyes and guard their private parts, and reveal not their adornment save such as is outward; and let them cast their head coverings over the bosoms, and not reveal their adornment save to their husbands, or their fathers, or their husband’s fathers, or their sons, or their husband’s sons, or their brothers, or their brothers’ sons, or their sisters’ sons, or their women, or what their right hands own, or such men as attend to them, not having sexual desire, or children who have not yet attained knowledge of women’s private parts; nor let them stamp their feet, so that their hidden ornament may be known. And turn all together in repentance to Allah, O you believers; haply so you will prosper.” [The Quran, Surah An-Nur, 24:30-31]
[3] A guardian (mahram) is defined as whoever she is forbidden to marry under any circumstance.

The ways of Allah and His...

The vastness of Islam 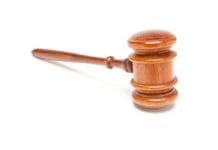