How many times in our lives have we heard this phrase? How many times have our parents, teachers, elders stated this same thing over and over again? This quote by Sir Francis Bacon emphasizes that when you have knowledge, you have authority. It alludes to the fact that there is something about acquiring knowledge that gives you a controlling influence. But more importantly, this is a non-Muslim phrase which has only been around since 1597.

The teachings of religion of Islam came to us well over 1400 years ago. From the beginning of revelation, there was an emphasis on seeking and acquiring knowledge. I remind you that the first words of revelation were “Read!”

The intention of this article is not so much to remind you the importance of seeking knowledge. It is assumed that we know as Muslims that we have been commanded to seek knowledge.

The quest for knowledge is a compulsion on every Muslim. [Hadith Hassan]

Note: The knowledge referred to above is knowledge in deen because that is the only knowledge that is wajib (compulsory).

The main goal of this article is to motivate you to continue to seek Islamic knowledge, and to encourage you to take joy and pride in doing this act of worship, because we can understand from various Qur’anic statements and ahadith (statements of the Prophet ?) that there are definite returns for these efforts in the form of rewards and blessings from Allah.

“Allah will raise those who have believed among you and those who were given knowledge, by degrees.” [Qur’an, 58:11]

Let us take a hypothetical scenario where you work for a reputable company. One day your boss entices you with a promotion upon completion of a certain project under your lead. I guarantee you would put your heart and soul into getting that promotion. Well, Allah wants to give you a promotion, not just in this dunya but in Jannah (Paradise)! Scholars agree that the term “high ranks” in this statement refers to bounties in this world and the Hereafter. Just because the promises of Jannah are intangible at the moment should not allow us to ignore such a huge blessing of seeking knowledge. We have to believe in the ayat (verses, signs) of our Lord.

Superiority over all beings

“And He taught Adam the names – all of them. Then He showed them to the angels and said, ‘Inform Me of the names of these, if you are truthful.’ They said, ‘Exalted are You; we have no knowledge except what You have taught us. Indeed, it is You who is the Knowing, the Wise.’ He said, ‘O Adam, inform them of their names.’ And when he had informed them of their names, He said, ‘Did I not tell you that I know the unseen [aspects] of the heavens and the earth? And I know what you reveal and what you have concealed.’ And [mention] when We said to the angels, ‘Prostrate before Adam’; so they prostrated…” [Qur’an, 2:31-34].

When Allah taught Adam (`alayhi assalam – peace be upon him) the names of all things, He asked the angels and Iblis (who had reached the level of angels) to prostrate to Adam (as). I remind you that angels are pure creations of Allah. They are made of light, are in complete obedience to Him and are doing tasbih (glorifying Allah) at all times. Such a pure creation of Allah was commanded to show respect to our ancestor Adam (as), who was made of clay and was prone to sinning. This prostration was performed as a form of respect and took place based on one and only one factor: knowledge.

In one of Michelle Obama’s speeches at an all-girls’ high school, she told the students that she was where she was only because of education. Even in this dunya, the way to gain superiority over other human beings is through knowledge – you get a better income, you enjoy a more luxurious lifestyle, you have a higher reputation in the society. But to be higher in front of Allah you have to be knowledgeable in your deen, and this is how you will truly become superior to all other creations of Allah.

“And these examples We present to the people, but none will understand them except those of knowledge.” [Qur’an, 29:43]

Scholars agree that this ayah is actually referring to all people of knowledge (and not just the scholars). People of knowledge who read, learn, andunderstand the Qur’an are the ones who truly comprehend the parables it contains. The parables mentioned in the Qur’an are important in telling us which actions are harmful to our akhira (Hereafter) and hence should be avoided. They also guide us in which actions are more rewarding than others, so that we can strive to do them.

“Whosoever Allah wishes good for, He gives him understanding (fiqh) of the Religion.” (Bukhari and Muslim)

As children we are always looking for signs of love from our parents. If a parent buys gifts for their child, the child is assured that their parents love them. Love and compassion from parents makes a child feel happy and special. Allah tells us through the Prophet ? that if He loves us, He gives us understanding of the religion of Islam. The difference is that the love of Allah is far greater than anybody else’s love. Acquiring the love of Allah is the ultimate goal of this life.

“After the obligatory deeds, nothing is more beloved to Allah than studying knowledge.”

While this statement holds the obvious meaning of how much Allah loves for a person to seek Islamic knowledge, it also a much deeper implication. The process starts off by gaining knowledge that is absolutely essential for a Muslim to perform their obligatory deeds. Once a person gets accustomed to performing obligatory deeds and does not find them burdensome, then because of the impact of knowledge, they will automatically do acts that are more than obligatory.

Let us take an example of a sister who finds is hard to pray two sunnah rakat (units of prayer) at the time of fajr. She skips the sunnah rakat, prays the obligatory units quickly, and jumps back into bed. She takes a class where she learns of the great blessings of praying the sunnah units of fajr prayer. After gaining knowledge, she makes it a point not to miss her sunnah units of prayer.

“If anyone travels on a road in search of knowledge, Allah will cause him to travel on one of the roads of Paradise. The angels will lower their wings in their great pleasure with one who seeks knowledge, the inhabitants of the heavens and the Earth and the fish in the deep waters will ask forgiveness for the learned man.

The superiority of the learned man over the worshipper is like that of the moon, on the night when it is full, over the rest of the stars. The learned are the heirs of the Prophets, and the Prophets leave neither dinar nor dirham, leaving only knowledge, and he who takes it takes a big fortune.” [Abu Dawud]

The inhabitants of the heavens and the earth make du’a for the student of knowledge. This includes the du’a of the angels and all other creatures on this earth, such as ants and all the fish in the sea. This is a great honor for children of Adam (as)! Striving for knowledge is one of the best deeds we can do to attain mercy of Allah.

Statement of Ibn Hazm (may Allah be pleased with him)

“If the learned ponders how the hours he spent learning saved him from the humiliation of being dominated by the ignorant and from the distress of having no access to the facts, and how those hours provided him with the joy of discovering that which is hidden from others, he would excel in praising Allah, the exalted, full of majesty, and would be more pleased with the knowledge he has and would deepen his desire to increase his knowledge.”

This is a beautiful statement by Ibn Hazm (ra). The direct implications of his statement are obvious. Possession of knowledge will save us from the humiliation of being dominated by the commands of ignorant people. Moreover, possession of knowledge will save us from the distress of having no access to reliable and authentic information. Furthermore, possession of knowledge will give us the joy of knowing that which others do not know. Correct knowledge allows us to worship our Lord in a better manner, a manner which pleases Him. Once we have the knowledge, we will become even more pleased with its advantages and benefits in our lives. This would deepen our desire to gain more knowledge. It is a sweet yet vicious cycle, which takes initial effort and indulgence, but once we taste the sweetness of knowledge, we become addicted!

(Note: there is a disagreement about the above statement. Some say this is a hadith, and some say it is a statement of Ali (ra). Either way, we concern ourselves with the beneficial message of this statement.)

When should you be jealous of others ?

“No one should be jealous of anything except two people – a man whom Allah has blessed with knowledge and he teaches it; and a man who has money and he spends it in the sake of Allah.” (Bukhari)

This hadith alludes to the etiquettes of seeking knowledge. Prophet Muhammad ? is saying we should not get envious of others for anything other than two things, one of them being knowledge. Observing other people who have knowledge of the Qur’an and the Sunnah should make us feel envious; the idea is to use this feeling as a motivation to gain knowledge. This hadith does not imply that we question Allah’s decree as to why He made the other person knowledgeable and why we were not given similar knowledge. Instead, we should ask Allah to make us learned in our deen.

I hope this article has served as a motivation to continue seeking knowledge because of the numerous benefits and blessings associated with it. Seeking knowledge will help us appreciate our deen, better our connection with Allah, and allow us to find solutions to our problems from the Quran and sunnah to simplify our lives. 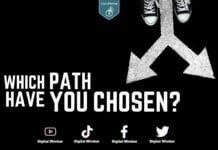 Which path have you chosen? 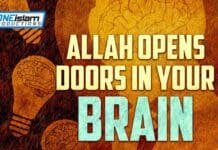 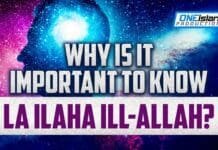 Why is it important to know la ilah... 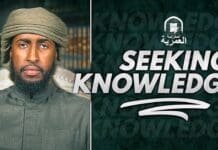 Never give up seeking knowledge 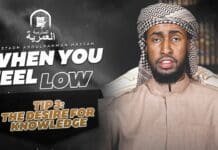 How can knowledge bring happiness? 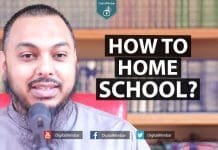 How to home school? Importance of knowledge in Islam 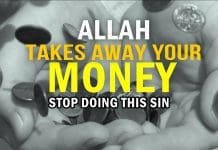 7 bad things happen after you sin 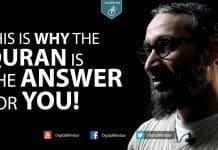