Omar Al-Khayyam was an outstanding mathematician and astronomer. He was also well known as a poet, philosopher, and physician. In the “History of Western Philosophy”, Bertrand Russell remarks that Omar Khayyam was the only man known to him who was both a poet and a mathematician. Omar Khayyam reformed the solar calendar in 1079 C.E. His work on Algebra was highly valued throughout Europe in the Middle Ages. In the West, he is best known for his poetic work ‘Rubaiyat’ (quatrains) which was translated by Edward Fitzgerald in 1859. His full name was Ghiyath al-Din Abul Fateh Omar Ibn Ibrahim al-Khayyam.

Omar Khayyam was born in 1044 C.E. at Nishapur, the provincial capital of Khurasan. He is generally known as a Persian. However, it has been suggested that his ancestors (from the Arab Khayyami tribe) migrated and settled in Persia. Omar Khayyam was educated at Nishapur. He also traveled to several reputed institutions of learning, including those at Bukhara, Balkh, Samarqand and Isphahan. He lived in Nishapur and Samarqand (Central Asia) for most of his life. Omar Khayyam was a contemporary of Nizam al-Mulk Tusi. He died in 1123 C.E. in Nishapur. 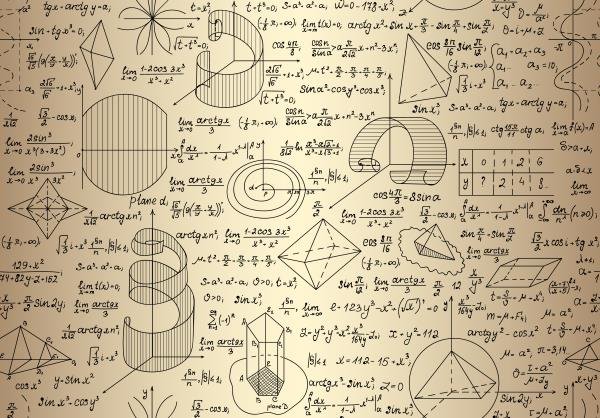 Al-Khayyam made major contributions in Mathematics, particularly in Algebra. His book ‘Maqalat fi al-Jabr wa al-Muqabila’ on Algebra provided great advancement in the field. He classified many algebraic equations based on their complexity and recognized thirteen different forms of cubic equation. Omar Khayyam developed a geometrical approach to solving equations, which involved an ingenious selection of proper conics. He solved cubic equations by intersecting a parabola with a circle. Omar Khayyam was the first to develop the binomial theorem and determine binomial coefficients. He developed the binomial expansion for the case when the exponent is a positive integer. Omar Khayyam refers in his Algebra book to another work on what we now know as Pascal’s triangle. This work is now lost. He extended Euclid’s work giving a new definition of ratios and included the multiplication of ratios. He contributed to the theory of parallel lines.

Omar Al-Khayyam is famous for another work which he contributed when he worked for Saljuq Sultan, Malikshah Jalal al-Din. He was asked to develop an accurate solar calendar to be used for revenue collections and various administrative matters. To accomplish this task, Omar Khayyam began his work at the new observatory at Ray in 1074 C.E. His calendar ‘Al-Tarikh-al-Jalali’ is superior to the Gregorian calendar and is accurate to within one day in 3770 years. Specifically, he measured the length of the year as 365.24219858156 days. It shows that he recognized the importance of accuracy by giving his result to eleven decimal places. As a comparison, the length of the year in our time is 365.242190 days. This number changes slightly in the sixth decimal place, e.g., in the nineteenth century it was 365.242196 days.

Al-Khayyam contributed also to other fields of science. He developed a method for accurate determination of the specific gravity. He wrote two books in metaphysics, ‘Risala Dar Wujud’ and ‘Nauruz Namah’. As a poet, Omar Khayyam is well known for his Rubaiyat(quatrains). His themes involved complex mystical and philosophical thoughts.

Omar Al-Khayyam’s ten books and thirty monographs have survived. These include four books on mathematics, one on algebra, one on geometry, three on physics, and three books on metaphysics. He made great contributions in the development of mathematics and analytical geometry, which benefitted Europe several centuries later.