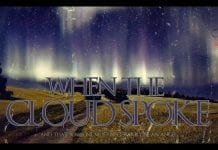 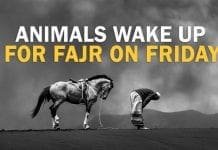 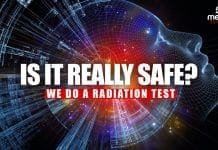 The reader of the Qur’an must have been wondering why Surah 16, An-Nahl or the Bee is named after a lowly creature.

In the scientific language all the honeybees belong to the genus Apis. The honeybee communicates with other honeybee using a dance language, which the scientists have discovered to be very complicated and highly developed. Karl von Frisch of the University of Munich in Germany, in the 1940s first discovered the significance of bees’ dances. Once the honeybee discovers a source of food, it returns to the hive and the forager bee recruits other bees through both sound and dances and communicates information about the location of food.

More than 2,000 years ago, Aristotle himself documented the honeybee’s ability to recruit her nest mates to a good food source but did not speculate on how the communication took place. It took over 2,000 years to understand the communication system of the bee. Frisch and his followers were able to recognize a pattern in the dance. The forager walks across the vertical sheets of comb hanging in the hive and traces out the shape of a figure eight (8); she pauses in each loop to shake her body from side to side. A few potential recruits chase after the dancer attentively for some time and then fly out on their own toward the target. In 1943 von Frisch discovered that the direction in which the dancer faced during her waggling run pointed toward the food site in relation to the sun; if she waggled while facing straight upward, toward the 12 on a clock face, then the food could be found in the direction of the sun; if she waggled 60 degrees to the left of 12, facing the 10′ ‘O’ clock, then the food lay 60 degrees to the left of the sun. In addition, he noticed that how fast the dancer completed her circuits corresponded to the distance between the hive and the feeding site; the closer the food, the more frenzied her pace. Von Frisch and his colleagues made detailed accounts of the dance language. They could observe the dance, decipher its meaning and then locate the food supply of which it spoke. This is a stunning accomplishment for scientists. 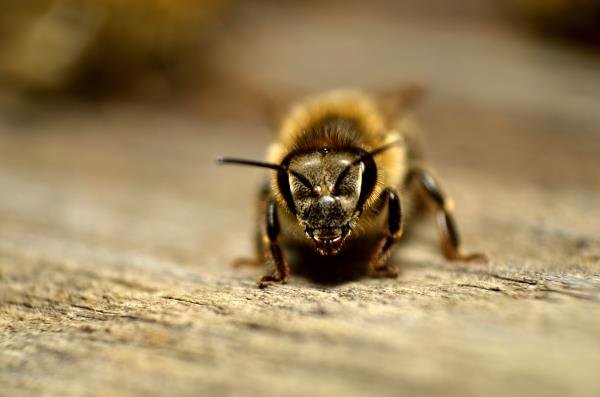 The sounds it makes with its wings are truly an essential part of the honeybee’s dance language. The dancer bee emits sound signals that help the dance followers to find out where the dancer is located and how she is moving, which in turn offers them critical information regarding the direction and distance to the feeding site. The dance attenders receive these signals through the Johnston’s organs located in their antennae, which are always held near the dancer. Because these organs are bilateral-one on the left and one on the dance followers can use them to judge their position with respect to the dancer and therefore understand the direction to the food. At the same time, the followers emit sounds that vibrate the comb. The forager stops her dance when she receives these signals and delivers samples of the food she has collected. These appetizers give the dance followers additional information about the taste, smell and quality of the food source. The bees attend the dancing for a while and then fly out to determine the food source on their own. If they are fortunate, they will find the food. If they fail, they will return to the nest and try again.

The exactness of the Qur’anic words in their reference to scientific phenomena occurs in Surah An-Nahl, 16, ayath 68, which states:

“And Thy Lord inspired the bee, saying: Choose thou habitations in the hills and in the trees and in (men’s) habitations.”

Yusuf Ali says: “Auha: wahyan ordinarily means inspiration, the Message put into the mind or heart by Allah. Here the Bee’s instinct is refereed to Allah’s teaching, which undoubtedly is.

In the above verse, Allah (Subhanahu wa Ta’ala) is commanding the bee to choose (to make a hive) a dwelling in the hills, trees and other places which man has built. In Arabic, the verb assumes a specific form when it is in the imperative form and can be either masculine or feminine according to the context. In the Qur’an, the Arabic command of ittakhizee (go choose) is given to the bee in the feminine imperative form. It is shockingly true that only the female bee finds a new home. The queen and the workers are the heart of the hive: the male drones exist solely to mate with the queen. Thus the Qur’an makes a very accurate statement when it refers only the female bee as the one which is being commanded from Allah (Subhanahu wa Ta’ala) to make a dwelling. As we know the Qur’an is a book of Guidance and the theme of the Qur’an is “mankind” and it is not a book of science. However over 750 verses are found in the Qur’an which relate to scientific phenomena as an argument to invite the believers to the Truth. The noted scholar AfzalurRahman in elaborating the interconnectedness between science and the Qur’an says:
‘The Qur’an clearly establishes the fact that science and Qur’an are two aspects of the same Truth and there is no contradiction between them… Thus the Qur’an introduces new dimensions into the study of religion and its philosophy and seeks to bring men of knowledge (scientists) closer to Allah through the study of His Attributes and manifestations in the material world.’

In another verse in Surah 16, An-Nahl, the Qur’an says:
“Then eat of all fruits (all produce of the earth), and follow the ways of thy Lord, made smooth (for thee). There cometh forth from their bellies a drink of hues (varying colors), wherein is healing for mankind. Lo! herein is indeed portent (Sign) for people who reflect.” 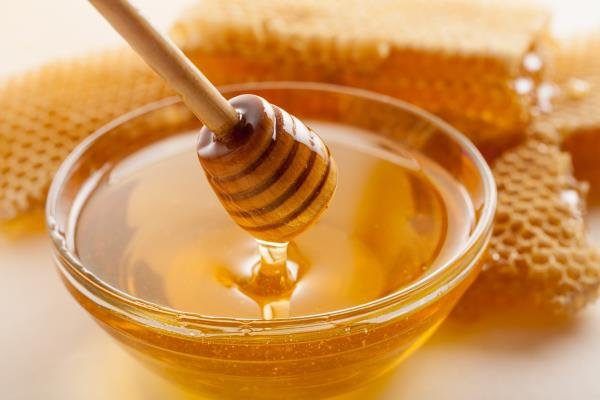 Allama Yusuf Ali in his commentary states “The bee assimilates the juice of various kinds of flowers and fruit, and forms within its body the honey, which it stores in its cells of wax. The different kinds of food from which it makes its honey give different colors to the honey, e.g., it is dark-brown, light-brown, yellow, white, and so on. The taste and flavor also varies, as in the case of heather honey, the honey formed from scented flowers, and so on. As food it is sweet and wholesome, and it is used in medicine. Note that while the instinctive individual acts are described in the singular number, the produce of “their bodies” is described in the plural, as the result of their collective effort.

Honey: A Healing For Mankind

As stated in Surah An-Nahl, 16:69, there is a natural healing power in honey of great benefit to mankind. This has been documented in the world’s oldest medical literature. For example the Sumerans and the Egyptian physicians about 4000 years ago used honey to treat internal and external wounds, ulcers, diseases of the eyes, lungs, skin and in particular, diseases of the stomach and intestines. The Chinese, Indians, Greeks and Romans have recorded similar practices. Hippocrates, the father of Western Medicine, used honey to treat a number of diseases. Ibn Sina, the Prince among Muslim physicians listed several beneficial uses of honey in his monumental work of medicine “The Canon of Medicine”. Among the uses he listed are: preservation of youthfulness, improvement of memory, a feeling of happiness, assists in digestion, increase in appetite and helps promote in one’s rendering of speech.

Since 1937 it has been known that honey has antibacterial activity due to its high sugar concentration (76 g/100 ml), acidity (Ph=3.6-4.2) and the organic antibacterial compounds present in honey. The composition of honey is very complex containing a variety of biochemical compounds including vitamins, amino acids, enzymes, hormones, etc., It is used in the treatment of wounds and ulcers. Surgeons and physicians are suing honey in the treatment of gunshot wounds, ulcers, surface wounds, cuts and abrasions, in the treatment of gastroenteritis (diarrhoea). In the academia a number of Ph.D. dissertations have been written on honey, particularly on its biochemical properties. Endocrinologists say that glucose levels in blood of healthy volunteers are increased whereas among the diabetic patients it is decreased after consumption of honey.

Smartness of The Honeybee

How smart is the common honeybee? It is far smarter than today’s most powerful supercomputers. Modern computers can attain the amazing processing speed of 16 gigaflops or 16 billion simple arithmetic operations, such as adding two numbers, each second. On the other hand the bee’s brain shows that the lowly honeybee performs the equivalent of ten trillion operations per second. Very astounding! 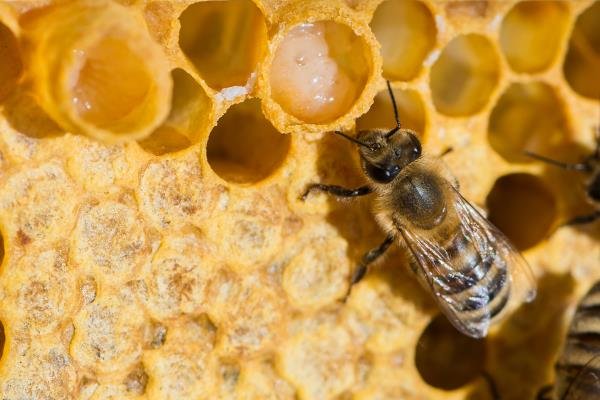 In the spring of 1983, the Smithsonian Institution conducted a symposium on animal intelligence at which one of the researchers was Princeton ethologist James L. Gould, an internationally renowned expert on honeybee behavior. In one of his experiments he wanted to observe the ways bee locate new food sources. To achieve this Gould provided honeybees with desirable food sources. Once they were accustomed to feeding at the stations, he moved the food sources by a factor of 1.25 the distance of the previous move. What Gould found was that after a few such moves the honeybees no longer had to search for the new location, but anticipated Gould’s behavior so accurately that he found the bees circling the new location before he had even arrived and waiting for their food. The honeybees were able to construct quite a complex simulation of reality in their tiny brains (less than 10 milligrams) and deduce from past experience where Gould was going to place the food next.

The bee does all of this while consuming a lot less power than a computer. According to Byte magazine, “a honeybee’s brain dissipates less than 10 microwatts of energy… It is superior by about seven orders of magnitude to the most efficient of today’s manufactured computers.” What it means is that over ten million bee brains can operate on the power needed for a single 100-watt light bulb. The most efficient of today’s computers uses hundreds of millions of times more energy to perform an equivalent number of operations. As shown above they are able to navigate across long distances to locate sources of nectar and then return to the hive and communicate directions to fellow bees. They prepare special food items such as royal jelly and beebread, for their young. They protect their home by recognizing and repelling intruders. They regularly remove garbage and other refuse from their hive. They control the climate in the hive by fanning the fresh air and sprinkling water during summer and by clustering together for warmth in the winter. When their hives become overcrowded, they are smart enough to know that some have to leave and establish new colonies and live independently. Yet, supercomputers require teams of programmers, engineers, and technicians. Bees truly are a marvel of Allah (Subhanahu wa Ta’ala)’s creation. Is there any doubt why Surah 16, the Qur’an is called NAHL.