Some aspects of fasting are obligatory (fard) and others are recommended (mustahab). We should make sure that we eat and drink something at suhoor (the time before dawn), and that we delay it until just before the adhaan of Fajr. The Prophet (Peace be upon him) said: “Have suhoor, for in suhoor there is blessing (barakah).” [1]
“Suhoor is blessed food, and it involves being different from the people of the Book. What a good suhoor for the believer is dates.” [2]
One should not delay iftaar (breakfast after dusk), because the Prophet (Peace be upon him) said: “The people remain upon goodness so long as they do not delay iftaar.” [3] 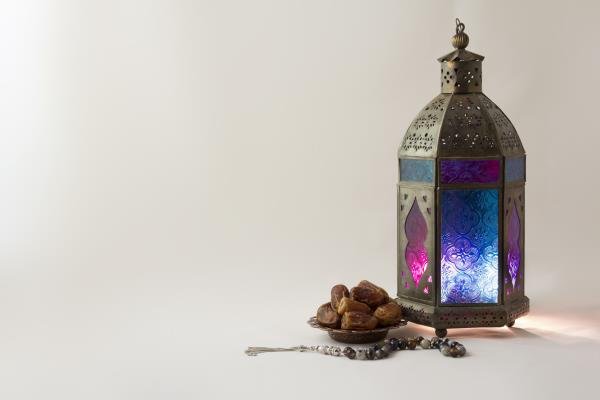 After iftaar, it is Sunnah to recite the words reported in the hadeeth narrated by Ibn ‘Umar (may Allah be pleased with them both), according to which the Prophet (Peace be upon him), when he broke his fast, would say:   “Dhahaba adh-dhama´, wabtallat il-‘urooq, wa thabat al-ajru in shaa Allah (The thirst has gone, the veins are flowing again, and the reward is confirmed, in shaa Allah).” [5]

Keeping away from sin, because the Prophet (Peace be upon him) said:   “When any of you is fasting, let him not commit any sin…”[6]

The Prophet (Peace be upon him) said:   “Whoever does not stop speaking falsehood and acting in accordance with it, Allah has no need of him giving up his food and drink.”(Reported by Al-Bukhari, al-Fat’h, no. 1903)

The fasting person should avoid all kinds of haraam actions, such as backbiting, obscenity and lying, otherwise his reward may all be lost. The Prophet (Peace be upon him) said: “It may be that a fasting person gets nothing from his fast except hunger.”[7] 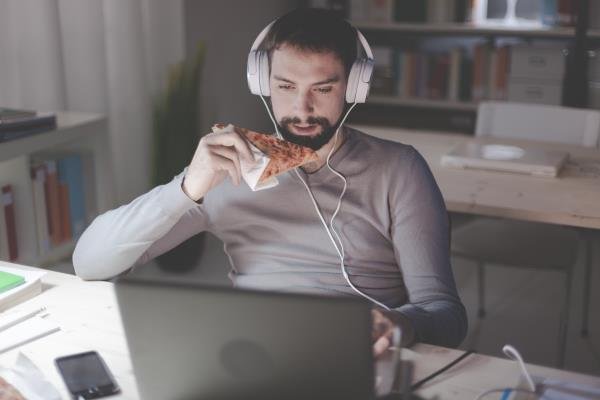 Among the things that can destroy one’s hasanaat (good deeds) and cause sayi`aat (bad deeds) to be recorded is allowing oneself to be distracted by quiz-shows, soap operas, movies and sports matches, idle gatherings, hanging about in the streets with evil people and time-wasters, driving around for no purpose, and crowding the streets and sidewalks. The month of tahajjud, dhikr and worship for many people becomes a month in which they sleep during the day – so as to avoid feeling hunger – and spend their nights in entertainment and indulging in their desires. This further causes them to miss their prayers and the opportunity to pray them in congregation. Some people even greet this month with feelings of annoyance, thinking only of the pleasures they will miss out on. In Ramadan, some people even travel to the lands of the disbelievers to enjoy a holiday! Even the mosques are not free from such evils, as women also attend wearing makeup and perfume. Even the Sacred House of Allah (Ka’bah) is not free of these ills. Some people make this month a season for begging, even though they are not in need. Some entertain themselves with dangerous fireworks and the like, and some of them waste their time in the markets, wandering around the shops, or having new clothes stitched and following fashions. Some shop owners introduce new products and new styles in their stores during the last ten days of the month, thus keeping people away from earning rewards and hasanaat. A person should not allow himself to be provoked, because the Prophet (Peace be upon him) said:  “If someone fights him or insults him, he should say, ‘I am fasting, I am fasting.’ ”[8]
One reason for this is to remind himself, and the other reason is to remind the one who is provoking him. But anyone who looks at the conduct of many of those who fast will see something quite different. It is essential to exercise self-control and be calm, but we see the opposite among the crazy drivers who speed up when they hear the adhaan for Maghrib. A person should not overeat, because the Prophet (Peace be upon him) said:   “The son of Adam fills no vessel worse than his stomach.” [9] 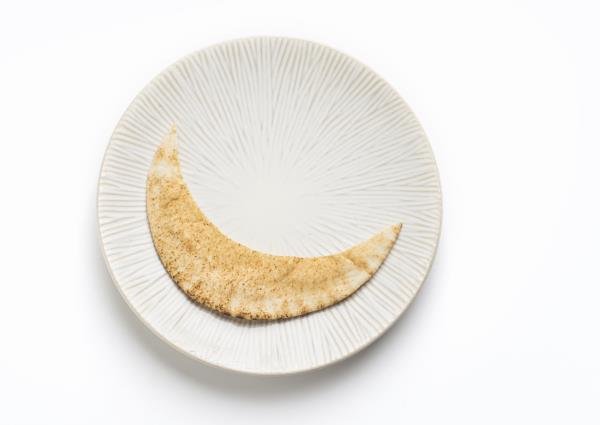 The wise person lives not to eat, but rather, eats to live. The best type of food is that which is there to be used, not that which is there to be served. People indulge in making all kinds of food (during Ramadan) and treating food preparation as a virtual art form, and thus housewives and servants spend all their time on making food. This keeps them away from worship, and people spend far more on food during Ramadan than they ordinarily do. Thus the month becomes the month of indigestion, obesity and gastric illness in which people eat like gluttons and drink like thirsty camels. When they stand to pray Taraaweeh (the night prayer in Ramadan) they do so reluctantly, and some of them leave after the first two rak‘ahs.

A person should increase in his generosity by sharing knowledge, giving charity, using one’s position of authority or physical strength to help others, and having a good attitude. Al-Bukhari and Muslim reported that Ibn ‘Abbaas (may Allah be pleased with him) said: “The Messenger of Allah (Peace be upon him) was the most generous of people [in doing good], and he was most generous of all in Ramadan when Jibreel met with him; he used to meet him every night in Ramadan and teach him the Qur`an. The Messenger of Allah (Peace be upon him) was more generous in doing good than a blowing wind.” [10]
How can people prefer stinginess to generosity and laziness to action to the extent that they do not do their work nor treat one another properly, and they use fasting as an excuse for all this?! Combining fasting with feeding the poor is one of the means of attaining Paradise, as the Prophet (Peace be upon him) said:   “In Paradise there are rooms whose outside can be seen from the inside and the inside can be seen from the outside. Allah has prepared them for those who feed the poor, those who are gentle in speech, those who fast regularly, and those who pray at night when people are asleep.”[11] 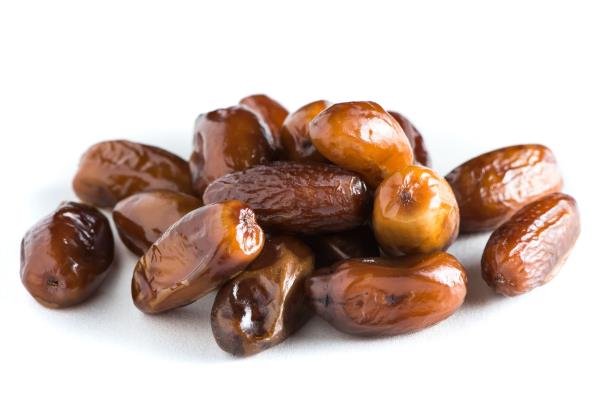 Shaykh al-Islam [Ibn Taymiyah] (may Allah have mercy on him) said, “What is meant is that he should feed him until he is satisfied.”[13]

A number of the Salaf[14] (may Allah have mercy on them) preferred the poor over themselves when breaking their fast at the time of iftaar. Among these were ‘Abd-Allah ibn ‘Umar, Maalik ibn Deenaar, Ahmad ibn Hanbal and others. ‘Abd-Allah ibn ‘Umar would not break his fast unless there were orphans and poor people with him.

[11] Reported by Ahmad 5/343; Ibn Khuzaymah, no. 2137. Al-Albaani said in his footnote, its isnaad is hasan because of other corroborating reports.

[14] Salaf: Our pious predecessors, particularly those of the first three generations. (Editor) 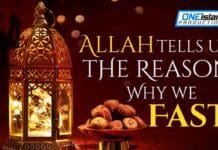 Allah (swt) tells us the reason why... 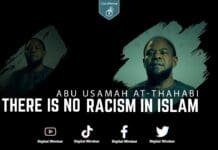 There is no racism in Islam 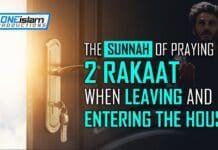 The sunnah of praying 2 rakat when ... 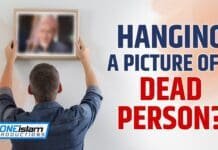 Hanging a picture of a dead person 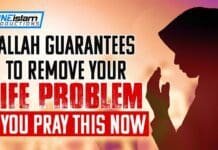 Allah guarantees to remove your lif... 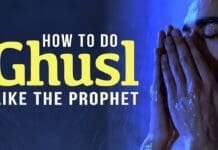 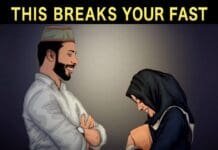 7 things that break your fast 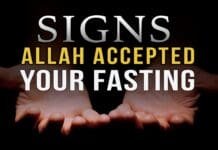 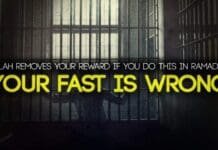 Allah removes your reward if you do... 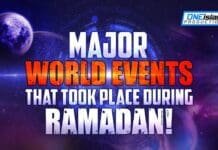 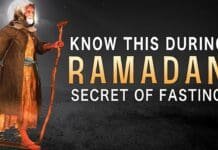 Secrets of fasting in Ramadan 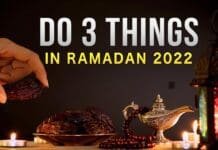 3 things Prophet did in coming of R...