For fiqh, there is again a difference in terminology, similar to that mentioned about the Shari`ah. The early scholars of Islam would use fiqh to mean the knowledge and the understanding of the guidance, the rulings, and the way of life Allah prescribed for us. In other words, fiqh is our understanding and knowledge of Allah’s Shari`ah. Imam Abu Hanifa, for example, had a book about `Aqidah (belief) and called it “Al-Fiqh Al-Akbar,” (The Great Fiqh). The scholars who came later confined the usage of the word fiqh to the knowledge and understanding of the guidance, the rulings and the way of life regarding the actions only, excluding the areas of belief and moral character. This terminology is represented by the famous definition that fiqh is “the knowledge of the Shari`ahrulings which are related to actions from its detailed sources.” (Mohamed Abu Zahrah, Usul Al-Fiqh)

To explain those definitions further, the Shari`ah is Allah’s guidance in His Book (the Qur’an) and the tradition of His Messenger (the Sunnah), while fiqh is our knowledge of these rulings after exerting all effort to extract them. Scholars arrive at those rulings of fiqh through a process called ijtihad, a scientific process to reach the Shari`ah rulings from its sources. It literally means exerting all possible effort. Scholars may make mistakes, and for that, they are rewarded for their effort and are excused only if they exert all possible effort. When scholars arrive at the right ruling, their reward is doubled. The Messenger (saw) said, “Whoever makes ijtihad and arrived at a wrong ruling will be rewarded. Whoever makes ijtihad and arrived at the correct ruling will be rewarded twice.” (Bukhari and others)

Fiqh: An honorable piece of knowledge

Fiqh is a very honorable piece of knowledge. It is the knowledge and the understanding of Shari`ah, the guidance sent by Allah to mankind. This knowledge is essential for our success in this life and the hereafter. Those who develop this knowledge are as honorable as the knowledge itself, and we are indebted to them for making the effort to learn and teach Allah’s guidance to His creation. It is a serious job and one of the most rewarding. Ibn Al-Qayyim describes the people of fiqh in an honorable, yet frightening, way. He described them to be, “the signatories on behalf of the Lord of the worlds.” (Ibn Al-Qayyem, A’lam Al-Mowaq’in )

Hadn’t it been for the multiple rewards Allah gives for those who take on this responsibility and the excuse – and the reward – they get if they make a mistake, no one would dare to shoulder such a responsibility or play such a role. Ibn Al-Qayyim talked about the scholars of fiqh in the introduction of his book mentioned above by saying, “… and if signing on behalf of kings is something that cannot be undermined and is a very honorable role, how about signing on behalf of the Lord of the heavens and the earth?” He continued to say, “The one who assumes such a position should prepare for it, and should know the value of the responsibility he shoulders; he should declare the truth for Allah will guide him and support him… and he should know that he will be held accountable before Allah .” 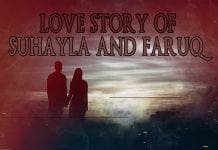 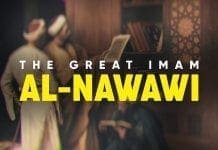 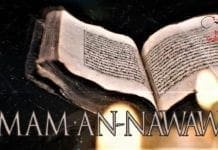 What you should do in the...

What every Muslim must kn...

The wisdom behind the Isl...

The relief from distress